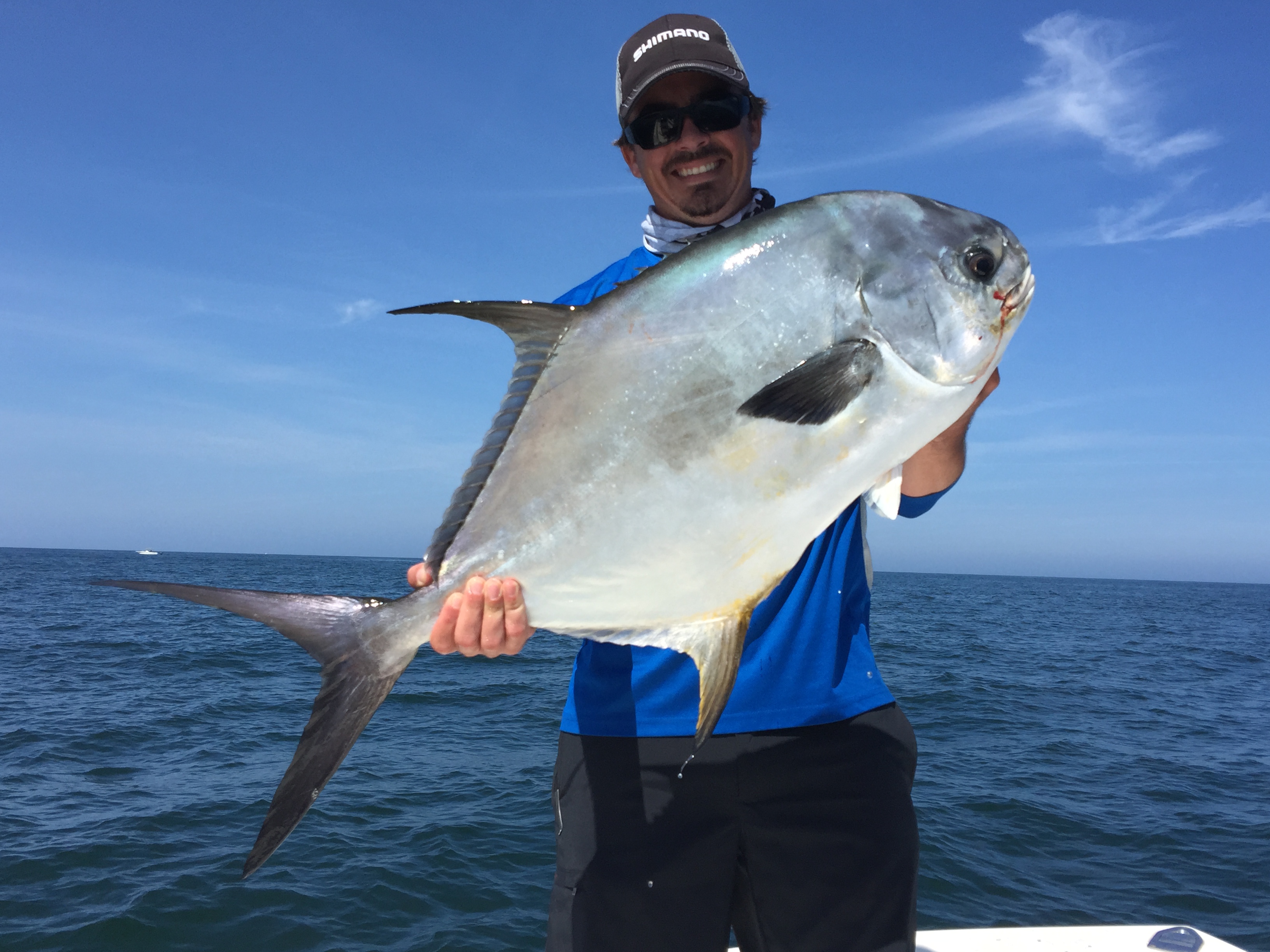 Historically July is the hottest month here in South Florida but it sure feels like August is giving it a run this year. Fortunately, the fishing is getting just as hot. Whether you’re a Snook angler waiting for the season to open or just looking for a few whiting for dinner, there have been plenty of fish out there. The beach fishing has come around nicely after some touch and go cold water and days that were nearly impossible to fish due to large amounts of grass. Mullet have started to make an appearance and will continue to do so through the coming months. Tarpon, Snook, Jacks and a few Spanish Mackerel can all be found in hot pursuit. Live baits like Pilchards, Mullet, Threadfins and Pinfish will most certainly make for a day of catching. If you’re a fan of plastic baits it’s pretty simple, if it looks like a mullet throw it. DOA Bait Busters, Spooltek and the ever popular Live Target lures are all great choices. This is not the time of year to get complacent on the beach, move around and don’t stop until you see a reason to fish. The Whiting and Croaker bite has been phenomenal, beaches to the south of Jensen public have been most productive. The synthetic bait Fish bites in the orange clam has been the ticket. Small hooks and a short cast are key to putting fish in the cooler. We are fortunate here to have great public beach access, in order to keep it that way we must clean up after not only ourselves but others too. As Happy Henry always taught us, leave the place better than you found it.

Inshore Snook fishing has been incredible, keep in mind they are strictly catch and release until September 1st. Most anglers are focusing on the inlets at this point; if you choose to run up the river make sure you do it early. The docks on the west side have had some life to them as the bait begins to slowly move in but if you’re late it has been tough as the water temps rise very quickly. The docks and bridges have yielded some nice Mangrove Snapper as well as a few Drum and Sheepshead, all being caught on shrimp and crabs. The live shrimp stock is starting to get sizable again, hoping to get back to normal with our supply here at the Snook Nook. We want to thank everyone for your patience, if the shrimp are not big enough to fit on a hook, we will not sell them. Typically the summer months are the toughest so we should be getting nice baits from now on.

Offshore fishing has been on an uptick for the last week or so, from 60′-130′ catches have included King fish, Snapper, Sailfish, Bonita and an occasional Cobia to top off the box. The deep water has not been nearly as consistent, a few Dolphin caught at random and a decent Blackfin Tuna bite around push button hill. Small feathers and squid chains work well on those tasty little blackfins and most of the Dolphin are being caught on live baits. Bottom fishing continues to be solid with Mangrove and Lane Snapper topping the list as well as a few Grouper. Just about the time you start to get tired is when the 30lb Amberjack decides to eat, we advise handing the rod over and watching someone else sweat. Live Pinfish and Sardines are your best bet, although dead baits will get bites as well.

Remember, summer is coming to an end but the heat is not. Wear plenty of sunscreen and bring plenty of water out there with you, coffee and beer just doesn’t cut it. Make sure your safety gear is up to date, be mindful of the extra boat traffic and most importantly, go catch a fish!

Owner of The Snook Nook located in Jensen Beach, FL.